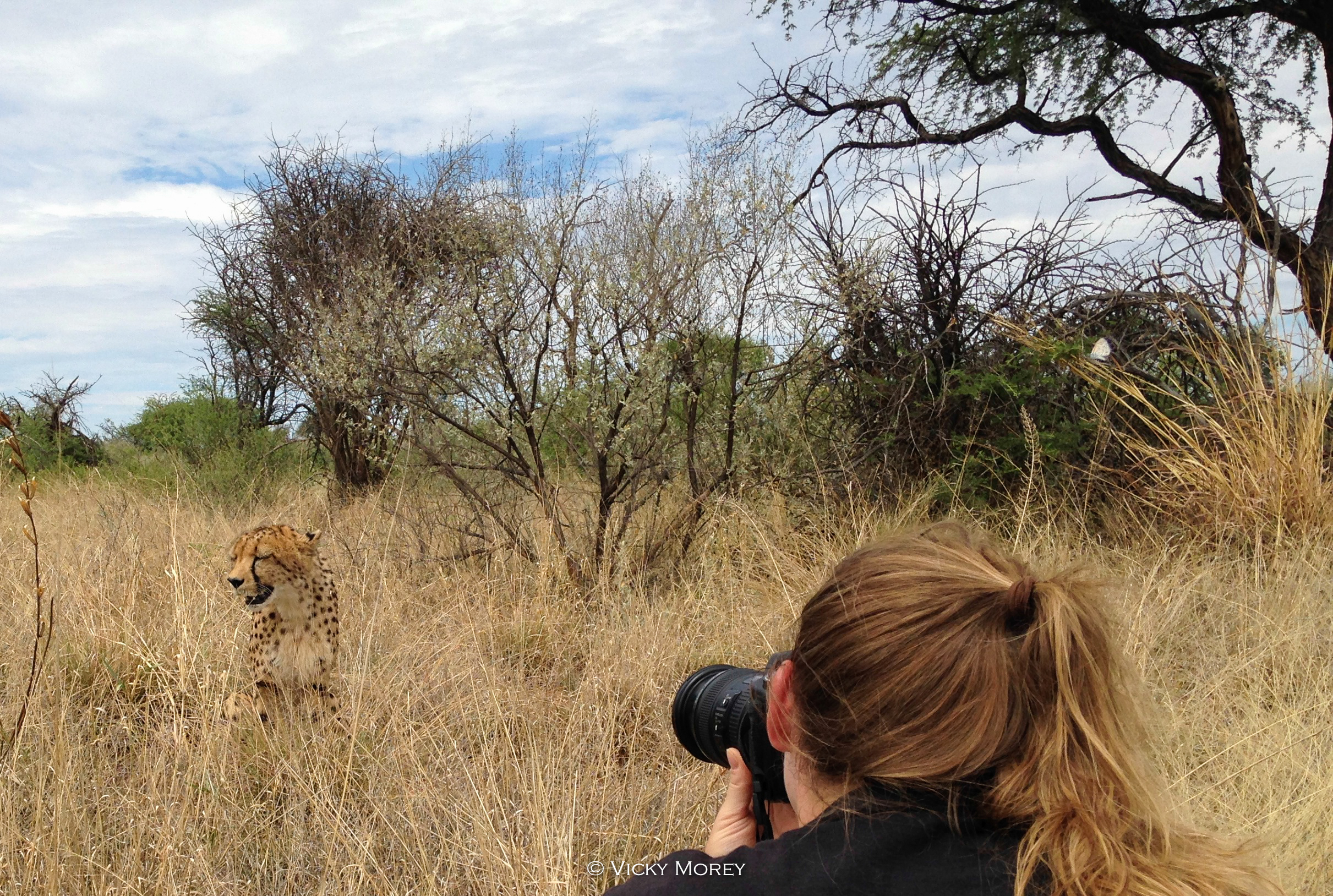 The survey to find potential habitat to relocate the African Cheetah in India has begun. M.K. Ranjitsinh, former Director of Wildlife Preservation of India, said that a team of researchers under the guidance of the Wildlife Institute of India (WII) has started the survey of protected forests to harbor Cheetah.

Ranjitsinh is part of a three-member expert committee which was formed at the directive of the Indian Supreme Court.  The directive was issued on January 28 this year to guide the National Tiger Conservation Authority (NTCA) in its efforts to supervise the Cheetah relocation process.  NTCA must submit a report in this regard to the SC every four months. The other two members of the committee are Dhananjai Mohan, Director WII; and Deputy Inspector General (Wildlife), Ministry of Environment, Forest, & Climate Change.

Cheetahs Inhabited India’s grasslands till the 1950s before they were hunted to extinction. Iran is the only country in Asia presently having Asiatic Cheetah (Acinonyx jubatus venaticus).  However, it refused to share the species with India. The population of this species in Iran has come down from around 100 individuals in 2007 to 43 in 2016.The global population of cheetahs was estimated at nearly 7,100 individuals in 2016. After Iran’s refusal, the only option left to India is to bring the felines from Africa.

The cheetah has been classified as vulnerable by the International Union of Conservation of Nature. It is listed under Appendix I of the Convention on the Conservation of Migratory Species of Wild Animals (CMS).  It is also in Appendix I of the Convention on International Trade in Endangered Species of wild Fauna and Flora (CITES).  The Endangered Species Act lists the cheetah as endangered.

“Though we have submitted our report to SC, it got delayed due to COVID-19 pandemic. The survey too got procrastinated as the people avoided going into the field because of the virus scare,” Ranjitsinh said.

A sum of Rs 2.5 crore has been sanctioned to WII by the Ministry of Environment, Forest, and Climate for Cheetah project.

They recommended Kuno-Palpur and Nauradehi Wildlife Sanctuary in Madhya Pradesh and Shahgarh Landscape in Jaisalmer for Cheetah translocation.  They added that all the three sites require preparation and resource investments to commence an introduction program. Long-term commitment of political will, resources and personnel is required from the Central and State Governments to implement this project successfully the experts stressed.

According to the report, Kuno Palpur Wildlife Sanctuary is a part of the Sheopur-Shivpuri forested landscape.  It has the second largest area 6,800 km2 amongst the surveyed sites.

It was Sanjay National Park, Dubri Wildlife Sanctuary and Guru Ghasidas National Park which were the largest, covering over 12,500 km2 where cheetah continued to survive till after India’s Independence. But, it was not front runner in the reckoning due to problems like low prey densities, probably due to poaching by tribal communities that reside within the protected areas.

Contrary to this, Kuno-Palpur topped the chart, because a lot of restorative investment has already been made here for introducing the Asiatic lions, something which has hit the roadblock since 2013. This protected area is estimated to have a current capacity to sustain 27 cheetahs, which could be enhanced to over 32 individuals by amalgamating adjoining forested areas (120 km2) to the Kuno WLS and managing the surrounding 3,000 km2 forested habitat as a buffer to the sanctuary. The location can hold cheetah dispersal over 70 individuals.

Nauradehi Wildlife Sanctuary (1197 km2) in Madhya Pradesh which is part of a contiguous forested landscape of 5,500 km2 has reasonable prey densities, and the area could support 25 cheetahs. Authors of the report also recommended the designation of 750 km2 as a core area of the sanctuary and relocation of about 23 human settlements from the core with generous and adequate compensation. This would enable the site to support over 50 cheetahs as a source population, while the whole Nauradehi landscape could accommodate over 70 individuals.

SK Mandal, Principal Chief Conservator of Forests in Madhya Pradesh beamed with joy saying that it would be a matter of pride for MP for having Cheetah in the state.  This is true, particularly as the Kuno WLS has already been upgraded as a viable habitat for lions’ translocation with the shifting of all the villagers from it and expansion of grassland.

Ranjitsinh allayed any apprehension with regard to lion and cheetah living together with some tigers too in the landscape. He said that this situation won’t pose any conflict among the big cats.

The WII report found Shahgarh landscape on the international border in Jaisalmer district of Rajasthan also suitable for introducing cheetahs. The area does not pose any conflict from tigers.  Owing to the reason that it is fenced along the international border, authors gave advice to fence it off by constructing another 140 km long chain-link fence, so as to encompass about 4000 km2 of the habitat. Relocation of local people from 80 seasonally used human settlements was also recommended. Despite the fact that the region has less prey species diversity, the area could currently support about 15 cheetah and had the potential to sustain 40 cheetahs with further habitat management, they mentioned.

Arindam Tomar, former Chief Wildlife Warden of Rajasthan expressed his concern saying, “Shahgarh landscape has become vulnerable due to escalating tension between India and Pakistan as it is just situated on the international border of both the countries. The experts need to see if Cheetah can be brought here amid such volatile situation. There are issues also with regard to less prey density which also requires to be tackled.”

Ranjitsinh said, “If it requires, we will make all the efforts to make the selected habitat as the most suitable for Cheetah survival and growth of its population in India. This flagship species will play a vital role in conservation of its habitat which is grassland and scrubland eco-system which is highly neglected in the country.”

NTCA had sought permission for the introduction of the African cheetah from Namibia last year as the court is monitoring the government’s ambitious project.

Founded in 1990, in Namibia, Africa, the Cheetah Conservation Fund (CCF) is celebrating its 30th anniversary in 2020.  Thus, it is the longest running and one of the most successful cheetah conservation organisations in the world. Laurie Marker, founder and Executive Director of the Fund, is also taking a keen interest in Cheetah translocation. “CCF has offered to assist the committee of conservation experts appointed by the Supreme Court of India on a pilot programme to introduce the African cheetah to the landscape of India,” she said.

Note: Seema Sharma is a Chandigarh based independent journalist who writes on environmental, social and gender issues