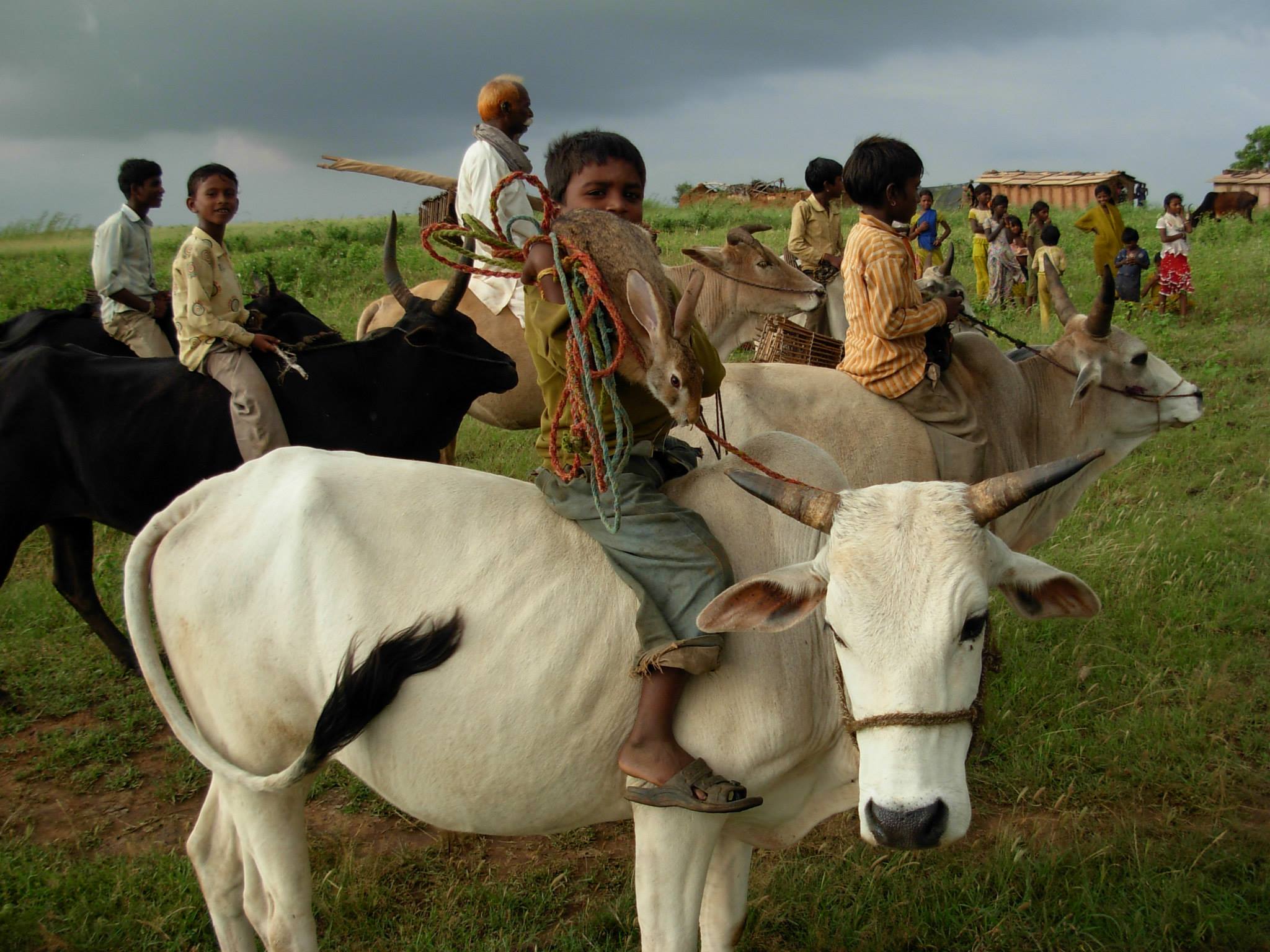 In this good practice note, the writer shares her experience with promoting ecotourism among the Pardhi community in Madhya Pradesh, India,    building on  their traditional skills, culture and values.  -Editors

Pardhis are a community of traditional hunters, who live a-nomadic life, and hunt predominantly for meat. They also help farmers against crop raid by wild herbivores, cull man-eaters on behalf of communities and governments, and in the past helped royalty on hunting expeditions. They had an important role in ensuring food security when agriculture was deficit. No specific efforts for rehabilitation of the Pardhis were made by the Government post nationalization in 1972. As no rehabilitation efforts were made, the Pardhis continue to ply their traditional livelihoods.

The Pardhis in Madhya Pradesh have not been able to benefit from Government’s affirmative action because of majority of them not being listed under scheduled castes, scheduled tribes or OBC lists. They aspire for dignified lawful livelihoods. But are unable to shift to dignified lawful occupations. To add to the problem, the boom in international trade in wildlife products has propelled some members of the community into large smuggling rackets. The unique skills of the Pardhis have enormous demand from connoisseurs of wild meat, wildlife smugglers and traditional healers.

A small group of Pardhi families collectively own one such forest plot in a village in Obedullganj Block of Raisen District of Madhya Pradesh. An ecotourism project “Oosera”  was initiated in 2019 on this plot of land with support of Aranya, an NGO based at Bhopal. The project has been supported by National Bank for Agriculture and Rural Development – NABARD (India’s apex regulatory body for overall regulation and licensing of regional rural banks and apex cooperative banks) and Inspire Network for Environment (a national NGO working in the area of environment).

The project had the following objectives:

Building trust of the community

The most difficult part of the project was to sell the idea – both to the community and to a grant maker. Initial discussions met with a lot of suspicion. The community was not sure if it was a way to take deprive them of their land. They were worried if guests would intrude on their privacy and if activities in the forest would lead to more harassment from forest and police personnel.

Alternative approaches are an imperative to help the Pardhis with other livelihoods. The project looks at the problem as an opportunity. The Pardhi’s have for centuries accumulated vast knowledge of wildlife behavior. They needed this knowledge to track animals, to design their traps, snares and nets and to keep the animals alive till sale. With an exception of a few sub-tribes, Pardhi’s trap almost all animals alive. They know how to accurately calculate patterns and schedule of territory marking to lay traps, they know calls and camouflages to snare, and they know to befriend birds and animals to trap others. They know the speed, strength, stamina, flight span and seasonality of behaviour of many species. The skills and tools that have evolved over hundreds of generations could be of immense use in wildlife research, education and tourism. The project decided to build this initiative around these skills by replicating a Pardhi’s Dera -a hunting camp.

The part of the forest owned by the farmer from Bhootpalasi has been taken on lease creating some income for him, from an asset that was providing no returns. All the camp staff is from the Pardhi community. Young people, who have good knowledge of wildlife, are articulate, and were willing have organized themselves into a group and manage the tourism activities. Service providers such as taxi people, milk suppliers, carpenters, electricians, etc., are all locals. Assets created are being transferred to the community though a society of the Pardhis. Majority of the earnings from the operation belong the group members but a part of turnover or share of profit will be is used for village development work. Towards this objective, a taped water supply system for all families in the hamlet has been provided by Oosera. The community has full control over the funds.

A very big challenge was to train the participating youth. Pardhi youths have been trained in conducting forest walks with tourists, explaining various elements of nature, such as plants, animals, animal signs, birds, etc., during these walks, focusing on tracking animals on the basis of the signs encountered on the walks. The training involved apart from indicating the limits to which they can go in tracking animals, basic communication skills, etiquettes, hygiene, the use of binoculars and other basic equipment.

All construction activities used local material and were undertaken by the community. Not just Pardhis but other locals participated too. To promote sustainable practices, most of the articles used in the site are pre-used. The destination is totally powered by solar energy and the power generated is also shared with the community.

The Oosera  team is preparing an inventory of all the resources that will be used for making the explorations more interesting and engaging. It is listing all the features of the forest, such as animal and plant species of interest, the soil, land and vegetational features such as caves, dens, rocks, dead and fallen trees, snags, animal burrow etc., as well as the signs, sounds and smells that the Pardhis use to locate and track the animals. This will help expand the list of activities comprising an exploration walk in the forest. Traditional arts and culture of the Pardhis are showcased to the guests through cultural shows, cuisine, orientation talks etc. This includes the ‘gatha’ singing traditions and other forms of folk art. The team is responsible for patrolling and protecting the forests. Eight youths earn a monthly wage.

The project budget as planned is much larger than what could be raised. But Aranya decided to start the destination with selected activities and expand over the years. NABARD was the main grant maker. Out of the NABARD support, the entire crucial infrastructure for the dera was developed. It included some basic landscaping, tented housing facilities, common facilities such as dining, pantry, etc. NABARD also funded some of the trainings for the community youth. The total support was around Rs. 23 lakhs.

Insipre Network for Environment, a national NGO working in the area of environment, supported a  solar power unit for the destination. The power is also shared with the community. Inspire Network raised funds for Oosera from the Global Greengrants fund which was approximately Rs. 8 lakhs.

Sustainability and Scaling Up

Oosera was developed and is operated by the most marginalized of social groups and people with the complex developmental issues. It is on a piece of land which is highly prone to encroachment attempts. Yet the project has shown positive potential. The model is fully scalable. It also has proven the communities can plan and manage a group enterprise and has turned out to be a positive impetus for conservation.

The project presumes that the Pardhis will abandon hunting only if an alternative gives them better incomes and more respectability, through a vocation based on their traditional skills, culture and values. As tracking and capturing game is their traditional profession, a new vocation which uses these skills has a better chance of success than any other activity that requires the acquisition of new skills.

Leasing forest owned by the farmer from Bhootpalasi and employing local youth has resulted in creating a premium on conservation as against stealthy conversion of their forests to agricultural land. It demonstrates that small forest patches can be conserved by being used for ecotourism and they can contribute to conservation.