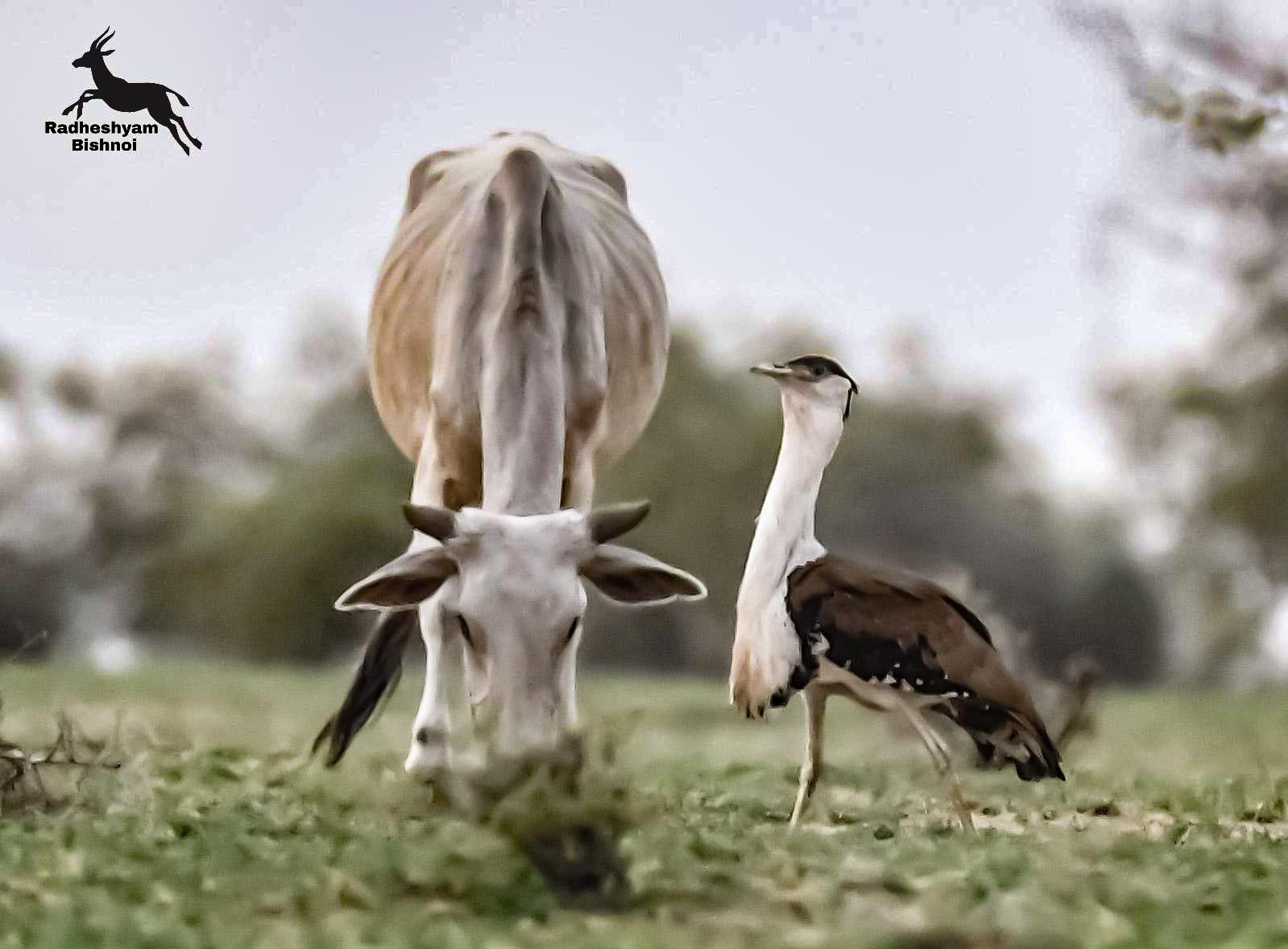 By the CT Editors

Temple bells ring throughout the day as devotees pay homage. Many resident and migratory bird species remain unmoved by recurring echo as they feed feverishly at the healthy water body located by the northern boundary of the rural shrine devoted to Goddess Durga. The temple has under its command a vast chunk of land described in popular parlance as “Oran” which is like a reserve-land meant for local folk to graze own livestock and procure natural resources for own use.

The Oran is 610 years old, declared as a Sacred Grove by Maharawal Shri Vaisi of Jaisalmer, to remain under administrative control of Degrai Mata Temple. Time was at a snail’s pace till recently when villagers saw power lines being stretched across the same area. Meaning thereby the designated land use was being compromised. Rural people were apprehensive that the sacred land would be usurped forever. Thereby causing consequent loss of biodiversity enjoyed by villages like Sanwta, Rasla, Achla, Bhimsar, bhikasar, Bhopa, Molarna, Kanod, etc. They cited that trees have been felled and shrubs-bushes removed to facilitate electric poles of high-tension lines erected through the arid woodland. Grassland, pasture, and grassland zone used as a pristine habitat for wild species where village livestock graze to offer milk economy to local folk is also disturbed.

Questioning as to why the Degrai Mata Oran is not fully categorized as “Oran” which means Sacred grove by the Government, the local people have agitated over it. They have handed over a representation to the Jaisalmer district administration and even carried out a protest march.
Devi Singh, Sumer Singh, Kalyan Singh, Durjan Singh and others voice the same sentiment – development is accorded priority against age old tradition of pasture conservation. They want the entire area to be notified the same way as it had enjoyed for long.

Degrai Mata Temple is dedicated to Goddess Durga. The temple has been redone. A new dome has come up with several rooms. New buildings have been raised to accommodate more than a hundred people staying at a time.

The Government appears in no mood to change. The land settlement, carried out during the 1960s, allocated only about 20,000 bigha land as Sacred Groves. Officials considered that it would be sufficient for local livestock and people to enjoy the biodiversity benefits. The rest of it – about 40,000 bigha – was declared as ‘Sivay Chak’ (land for any purpose). The Fatehgarh Tehsildar, Ashok Kumar told Conservation Times: It is Government land and will be put to use for any objective like a school, college, setting up a new village, as to be decided by the Government of Rajasthan.

When asked –is there any way to become “Oran” again, he categorically said, no. He admitted that power lines were being laid through this land in question but added, it was as per Government procedure. The power companies were planting new saplings and supporting villagers in ways as necessary. The villagers deny it saying the power companies have bigger say than local folk – they have scant respect for Oran values.

Some critically endangered species reside in the cited area, like Great Indian Bustard. One GIB was found dead. While flying it hit against the electric wires. The carcass was photographed by Radhey Shyam Bishnoi hailing from Dholai village, about 20 km distance from this Oran. Sumer Singh from Rasla said Jaisalmer district has about 120 “Orans” waiting for appropriate conservation. The Department of Forests has no legal control over such grazing land though its officials emphatically ague in favour of better management of such most productive land resource. Mal Singh now a Sarpanch (village head) of Jamda,makes no bones: power lines shall continue to pass through such areas, but villagers’ demands are also genuine. Parth Jagani in Jaisalmer town feels sad over the silence maintained by authorities in this case.

Numerous studies have been undertaken on Oran centric aspects. Alwar based Aman Singh stands out as a healthy example. He is the Chief Coordinator, KRAPAVIS, i.e. Krishi Avam Paristhitiki Vikas Sansthan. His studies revealed, “1,100 major Orans spread out over an area of more than 1,00,000 hectares” (in Rajasthan State?). His paper cites, “According to Deep N.Pandey, now a Principal Chief Conservator of Forest in Rajasthan, the estimated number of Orans is 25,000 in Rajasthan.” (any more details Dr. Pandey?).

Oran is an ancient tradition of setting apart some village land to remain unexploited to let it recharge its productive capacity even though local folk procure natural resources and manage it to sustain. Such areas in fact are delivering a lot to rural communities. They look nondescript. Hence the loss of values as being experienced now a days. Probably the first document on Oran
dates back to 1897. It is attributed to the first Inspector General of Forests, D. Brandis, who wrote: “…very little has been published regarding sacred groves in India, but they are, or rather
were, very numerous. I have found them in all provinces….;